I have been feeling festive lately so I thought that I would have a go at The Christmas Cracker Book Tag that has been created by Lucy at The Bumbling Bibliophile and Queen of Contemporary.  I will link any of the books mentioned to their GoodReads pages if you want to check them out.

Pick a book with a wintry cover

The book I was going to pick for this question is my answer to another question later so I went for the second most wintery looking book on my shelf and that is Shiver by Maggie Stiefvater. This book is about werewolves and it is set during the winter. Personally I enjoyed this book enough to finish it but not enough to finish the series, even though I have a copy of the second book, Linger.

Pick a book you’re likely buy as a present

I have bought so many books this year as presents. I bought the Hunger Games trilogy for a friend who wanted to read it, but the prettiest literary present I have bought this year is The Sleeper and the Spindle by Neil Gaiman. It is a gorgeous fairy tale with badass ladies, dwarves and beautiful artwork all the way through. I have also bought Who the Feck is Who in Irish History and the Lunar Chronicles as gifts.

(Read my review of Cinder, the first book in the Lunar Chronicles here) 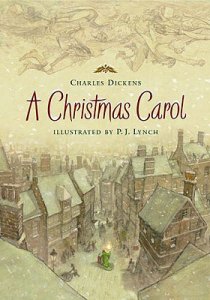 I am going to be rather old fashioned with this one and pick a classic. A Christmas Carol by Charles Dickens is probably my favourite festive book. I have read it a few times and it never fails to make me feel Christmassy, also watching the Muppet version afterward is a bonus.

Pick a book you can curl up with by the fireplace 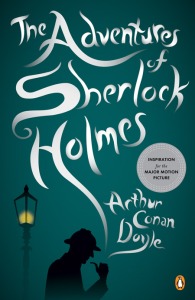 I have a long standing tradition of curling up over Christmas and rereading The Adventures of Sherlock Holmes, especially The Adventure of the Blue Carbuncle, which is set during Christmas. There is just something about Victorian literature that just feels so festive to me.

Pick a book you want to read over the festive period 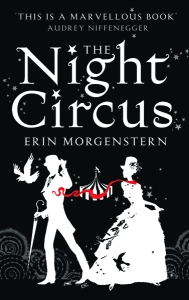 This year I am rereading the Night Circus by Erin Morgenstern. This is another book with a festive cover. This is another novel set in the Victorian era. It isn’t about anything particularly festive but it is still a beautiful book to read during winter so I would highly recommend it.

Pick a book that’s so good it gives you chills 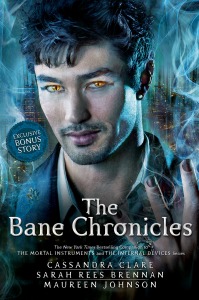 It is hard to just pick one book for this but if I had to pick one right now it would be The Bane Chronicles by Cassandra Clare and various other authors because I have just finished it and it was brilliant. It is a collection of short stories about the life of Magnus Bane, a character who appears in both The Infernal Devices and Mortal Instruments series’. Even though I have just finished it I will definitely be rereading some of the stories over Christmas. If you are a fan of the Shadowhunter Chronicles I would definitely give this a go.

I will have a review for it on here some time soon.

Pick a book going on your Christmas wishlist

Most of the books I want for Christmas this year are graphic novels, but the one novel that I really want is a hardback copy of Cress by Marissa Meyer, the third book in the Lunar Chronicles series. I received copies of Cinder and Scarlet for my birthday earlier in the year so I would love a copy of the third book to go with them. They look so lonely on my shelf without Cress.