I wrote my last “Top Classic Novels” post 2 years ago so I thought I was due to write a new one. I have read a grand total of 32 classic novels since the beginning of last year so I am going to separate my favourites by genre so this will probably end up being a series.

I am going to kick it all off with my favourite literary genre: Gothic Literature.

I love gothic literature. It is dark, atmospheric, morbid and sometimes just a tad over the top. Most of my favourite novels fall into this genre so it a bit difficult to pick out my favourites. These are in no practically order because doing that would be like placing your children in order of favouritism. 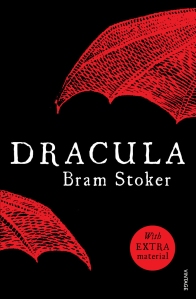 If you dont know what Dracula is about you have been living under a rock for your entire life. Vampires, that is all you need to know.

I first read this book when I was 10 and after a reread of this novel last year I reminded myself how amazing it is. The best part of rereading it was that I forgot some of the best scenes and how action packed it was, so it was like reading it from fresh all over again. One of the perks of waiting 18 years to reread a novel. Dracula himself doesn’t appear very often but instead acts as a constant lingering source of horror and mystery for the rest of the characters. If you are new to Victorian literature I would say that this book is the perfect gateway novel. It is very modern in storytelling and language, and certainly isn’t dull and stuffy.

The Picture of Dorian Gray by Oscar Wilde

Again, if you don’t know what this book is about you have lead a very sheltered existence, but this is more forgivable than not knowing what Dracula is about. Dorian Gray is a young man who sells his soul to remain young and pretty forever so his picture ages instead.

This is another reread I have had in the past year. I first read this novel when I was 11 and I remember the day I bought it because my father wasnt happy when I came home with it. He thought I would “catch the gay” by reading an Oscar Wilde novel. Don’t worry, that was a very long time ago and my father is very pro-LGBT rights now-a-days. I ended up not being entirely straight so maybe I did “catch the gay” from Oscar Wilde after all. Even if it is bad in the novel I rather like Lord Henry’s philosophy to keep seeking new experiences. I find it works if you keep your morality intact. Maybe this book is a bit corrupting. So…read Oscar Wilde and become an absinthe drinking pansexual who once orchestrated a hickey orgy in a gay bar. (True story)

Seriously though, this book is brilliant. Dorian will always be one of my favourite literary characters. Beautifully written and full of that famous Wilde wit.

The Haunting of Hill House by Shirley Jackson

One of the orginal haunted house stories, The Haunting of Hill House is about a group of people who are brought together to investigate a haunting in a large manor house. You have probably seen a thousand horror films with the same premise, but this is where it all started.

This book almost didn’t make it to the list but then I remembered the brilliance that is the ending. I am not going to spoil it because you need to go read it yourself.

I think my favourite thing about this novel is that you are not entirely sure if the house is actually haunted or if it is all in the main character’s head. Is the haunting caused by ghosts or is she just loosing her mind? You can never be entirely sure. I hadn’t heard of this novel until a friend handed me a copy of it and demanded that I read it. Introducing you to amazing books is what friends are for. 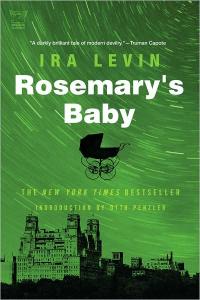 I am not going to tell you what this book is about. This is a very famous novel and film so you might already know what it is about, but if you don’t, just go into the book blind. Don’t read the blurb, dont ask anyone about it, just read it. Every blurb written for this novel it determined to spoil the big reveal at the end. I knew what this book was about when I started it and personally I feel like it ruined it, so I am doing you a favour by warning you not to learn anything about it before you read it.

Even though this is a great horror novel it does have its negative aspects. It is very much a product of its time. Attitudes to marital rape and motherhood have changed since this book was written so there are a few questionable character decisions and view points at times. There is also a rape scene that is not very graphic. If you are sensitive to that sort of thing maybe give this one a miss.

The Interview with the Vampire by Anne Rice 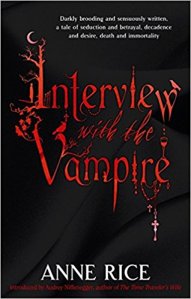 I am going to end this list the way I started it, with vampires. If you dont know what it is about already, The Interview with the Vampire is a novel documenting the life of an American vampire. It is the first in a series but you can just read the first one as a standalone if you feel like it.

Two male vampires who share a coffin, refer to each other as “lover” and adopt a vampire child together. What more could you want?

This was the vampire novel of my teenage years, and like most of the other books in this list I have reread it recently. This novel was the vampire trend before Twilight existed. The main character Louis talks of the struggles of becoming a vampire and drinking blood, and dealing with the constant vampire drama that is thrown his way. I think Lestat is up there with Dorian Gay on my “Favourite fictional characters of all time” list. I like egotistical brats, I wonder what that says about me. It probably doesn’t help that Lestat was my nickname in school…

There is talk of a tv show or film in the works for this series so if you haven’t read it yet pick it up and get on the bandwagon before it starts up again.

So what did you think of my list? Have you read any of these novels? What is your favourite gothic novel? Tell me!

6 thoughts on “My Top 5 Gothic Novels”