July was a mixed month for reading for me. I blame the sunshine. I read 6 books this month but none of them were books that I planned to read because I kept getting distracted by pretty short story collections and rereads. At least I had a great time.

I will have a few interesting new releases for you next month because Random House and a few other publishers have sent me a small pile of upcoming horror releases to read. I am sworn to silence about some them until the start of September. Just in time for my next Dark Reads of the Month. The rest will have to wait until October.

The Hound of the Baskervilles by Sir Arthur Conan Doyle 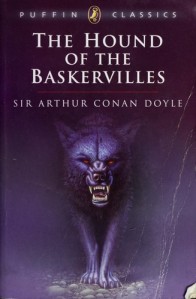 I know I promised to read Cujo this month but I ended up rereading a different book about a killer dog instead. I am pretty sure I have read this book ten times already.

I picked this for this list because even though Sherlock Holmes is not a gothic character many of his stories contain elements that are found in gothic literature. It is like the plot of a gothic novel is happening around a non gothic character. If you haven’t checked out the Hound of the Baskervilles yet you need to. It is easy to follow even if you havent read any other Sherlock Holmes stories previously, as this was published when Sherlock was canonly “dead”, and secondly Doyle sucks at timelines. The stories are all over the place and some are even openly flashbacks.

Random fact: Sir Arthur Conan Doyle was so bad at remembering his own story details that James Moriarty has a brother called James.

Some day I will stop being a living Sherlock Holmes ad, but this is not that day.

“The remoter parts of the English Fens are forlorn, lost and damp even in the height of summer. At Iyot Lock, a large decaying house, two young cousins, Leonora and Edward are parked for the summer with their ageing spinster aunt and her cruel housekeeper. At first the unpleasantness and petty meannesses appear simply spiteful, calculated to destroy Edward’s equanimity. But when spoilt Leonora is not given the birthday present of a specific dolly that she wants, affairs inexorably take a much darker turn with terrifying, life destroying, consequences for everyone.”

This was another reread. I didn’t really enjoy this book the first time I read it but I ended up loving it the second time around. I think when I first read it I was expecting more creepy horror but got gothic literature instead which I wasn’t in the mood for at the time. Sometimes you just need to come back to a book later with a different mindset. If you didn’t know already, Susan Hill is the writer of The Woman in Black.

The only real flaw that I found with Dolly is that it is billed as a ghost story but isn’t a ghost story at all. Yes it is horror but more in the usual vague gothic literature sense of horror. If you read a lot of gothic literature you will know the sort of vagueness I am talking about. A simple and enjoyable story about how someone’s internal ugliness will always find its way outside.

I loved Dolly so much that I ended up reading a second Susan Hill book right after it.

The Travelling Bag is a collection of short gothic ghost stories and they are some of the best I that have read in a long time. I will admit that they are not the most inventive stories but they are sweet and simple. Sometimes you just need a straight to the post ghost story to flick through on a summer’s night or to add to your upcoming Halloween reading list.

One of the best things about Susan Hill’s writing is that her stories cover various time periods. Some stories are obviously set in the past, while others are more modern, and some are simply timeless with no obvious time period. My favourite story in the collection was Alice Baker. A ghost story set in a modern office work place. There is something special about a gothic story being set in modern times. They are usually all about old manor houses and people in billowy dresses, not an office building.

If you havent checked out Susan Hill books yet you are missing out.

So what was the best book you read this month? Leave me a suggestion I am always open.

As always feel free to add me on Goodreads  to keep up to date with what I am reading throughout the months, and follow me on Instagram @Belle_and_Books , where I post photos of whatever I am reading and my various adventures, like eating sandwiches in cemeteries. Seriously though…

4 thoughts on “Dark Reads of the Month: July”