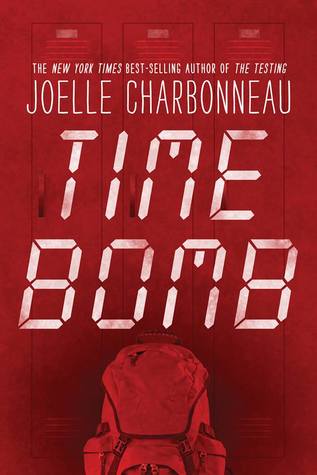 “A congressman’s daughter who has to be perfect. A star quarterback with a secret. A guy who’s tired of being ignored. A clarinet player who’s done trying to fit in. An orphaned rebel who wants to teach someone a lesson. A guy who wants people to see him, not his religion.They couldn’t be more different, but before the morning’s over, they’ll all be trapped in a school that’s been rocked by a bombing. When they hear that someone inside is the bomber, they’ll also be looking to one another for answers.”

Why I need it:

This book sounds very similar to another book on my to read list, One of Us is Lying, except this one is about a bombing rather than a murder.

I have heard a lot about this book, with many people talking about how it challenges the usual teenage stereotypes. It is also very relevant to today’s world of terrorist attacks and bombings.

Personally, I find the topic very interesting. When I was a teen Columbine was still fresh in everyone’s minds and I was one of many goth kids in my school. I had to tolerate a lot of stereotyping due to that mass shooting. True, that isn’t has bad as racial profiling etc, but I was on the receiving end of the dark side of high school life. I know those stereotypes exist. The unhinged rebellious kid, the unstable nerd who is sick of being ignored, the cocky jock type who thinks he can get away with everything and many more. Those stereotypes exist in the real world.

I will be picking up this YA book when it hits the shelves. Hopefully it will be as good as it is hyped up to be.

Time Bomb is scheduled for release on March 13th 2018

Waiting for Wednesday is a weekly meme started by Break the Spine to spotlight upcoming releases, and continued by Wishful Endings

2 thoughts on “Waiting for Wednesday: Time Bomb by Joelle Charbonneau”