Cannibalism, killer corsets and birds that eat eyes, welcome to the fun real world of fairy tales. If you don’t want some of your Disney princesses ruined (not many of them because I could write several posts on princesses alone) maybe look away now. Here is a short list of some of my favourite fairy tales with gruesome endings.

Goldilocks and the 3 Bears

You probably just assumed that she was eaten by bears in the original right? Well, you’re wrong.

In the original version of Goldilocks and the Three Bears Goldilocks wasn’t Goldilocks at all. She was a homeless old woman who was looking for shelter after being thrown out by her family. She goes through the usual Goldilocks routine, eating porridge, sitting on chairs and sleeping on beds, but when the bears get home they chase her out of the house. During the chase she falls and breaks her neck. The end. R.I.P Goldilocks 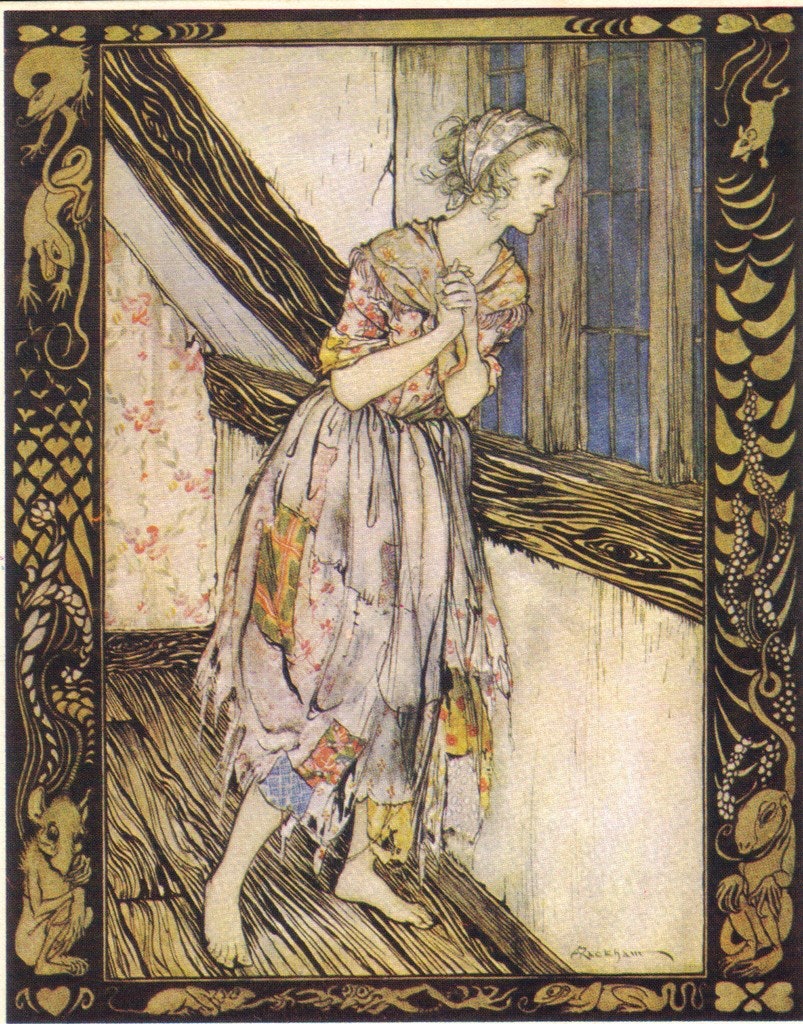 The story of Cinderella is as old as mummies, no joke, there is an ancient Egyptian version of this story it is that old. In its history Cinderella has various adaptions and changes, some of which even involve Chinese footbinding. Ouch. But the version that is extra horrible is a 19th century version involving birds.

In this story there is no fairy godmother, instead Cinderella gets her fabulous makeover from two birds who live in the tree that grows out of her mother’s grave. She dances with the prince and the story goes the way we all know Cinderella to go. Everyone lives happy every after…except for the evil stepsisters, they get their eyes pecked out by the grave tree birds from earler and are blind for the rest of their lives. Oh and the sisters also cut off parts of their own feet to try to make the glass slipper fit.

This story isn’t on this list for being gruesome, it is just plain creepy and a prince needs to go to jail.

In an early version of the story, when the prince finds sleeping Sleepy Beauty he has sex with her while she is asleep and she gives birth to two children without waking up. She doesn’t wake up until one of her babies accidentally sucks the thorn out of her finger.

Did you know the apple wasn’t the evil queen’s first attempt at killing Snow White?

In many early versions of the story the evil queen visited the dwarves’ house three times. Once with a comb, once with a corset and once with the famous apple. The first time she sold Snow White a corset and helped her put it on, but she laced it up so tightly that Snow White passed out. The queen thought she was dead but the dwarves came home and cut her out of it she woke up. For the second attempt to murder Snow White the evil queen posed as a comb sales person and sold her a comb that was laced with poison. She put it in Snow White’s hair and drove it into her scalp poisoning her. The poison must have been pretty awful because Snow White woke up again once the dwarves came home and pulled the comb out of her head. The third murder attempt worked a little better with the poison apple but we all know that didn’t work either.

Someone just buy the evil queen a gun. It would save her so much hassle.

Where do I start with this one? Not only is this one gruesome, it has multiple horrible variations.

In some versions of the story the wolf is replaced with a vampire or another monster, this was to reflect whatever monster the people who were telling the story were frightened of. But in my opinion the most gruesome adaption involves cannibalism. Little Red Riding Hood eats her own grandmother. The wolf kills granny, but then leaves the leftovers for Little Red Riding Hood to eat. The little girl mistakes granny meat for normal non-human meat and eats the whole lot. She then gets eaten herself and that is the end of the story.

In most early versions of Little Red Riding Hood the huntsman never shows up. She gets into the bed and is eaten. The end.