This post was inspired by a comment from Shalini at Book Reviews by Shalini. She wanted some reading recommendations for books with ghosts, so I am more than happy to help her out.

A lot of the books on this list are horror but I also threw in one classic and one book for all ages that just features ghosts heavily.

So, in no particular order, here are six of my favourite ghost books. As always I will contain links to the Goodreads page for each book in the cover images.

“The classic supernatural thriller by an author who helped define the genre. First published in 1959, Shirley Jackson’s The Haunting of Hill House has been hailed as a perfect work of unnerving terror. It is the story of four seekers who arrive at a notoriously unfriendly pile called Hill House: Dr. Montague, an occult scholar looking for solid evidence of a “haunting;’ Theodora, his lighthearted assistant; Eleanor, a friendless, fragile young woman well acquainted with poltergeists; and Luke, the future heir of Hill House. At first, their stay seems destined to be merely a spooky encounter with inexplicable phenomena. But Hill House is gathering its powers—and soon it will choose one of them to make its own.”

Everyone knows this trope. A group of people have to spend the night in a haunted house as part of a paranormal investigation and chaos ensues. This is the book at started that trope and it is famous for good reason.

This is one of my all time favourite classic ghost stories. It isn’t big on the scares but the psychological element to the haunting makes it a brilliant read. It the house haunted or is Eleanor just crazy? I guess you have to work it out for yourself.

The Graveyard Book by Neil Gaiman 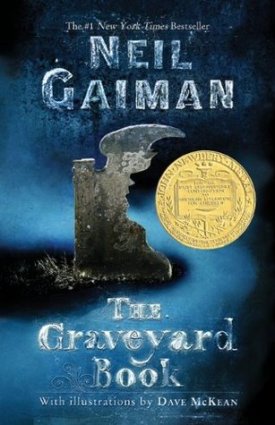 “After the grisly murder of his entire family, a toddler wanders into a graveyard where the ghosts and other supernatural residents agree to raise him as one of their own.

Nobody Owens, known to his friends as Bod, is a normal boy. He would be completely normal if he didn’t live in a sprawling graveyard, being raised and educated by ghosts, with a solitary guardian who belongs to neither the world of the living nor of the dead. There are dangers and adventures in the graveyard for a boy. But if Bod leaves the graveyard, then he will come under attack from the man Jack—who has already killed Bod’s family… “

Unlike the other books on this list The Graveyard Book is a middle grade dark fantasy rather than a horror. This book is suitable for all ages but it features ghosts and references to murder, especially at the start of the book. It isn’t very scary at all.

I am big fan of The Jungle Book and ghosts so those two things combined make a great read that everyone needs to look into.

Also, it is from the amazing mind of Neil Gaiman so you just know it is going to be good. 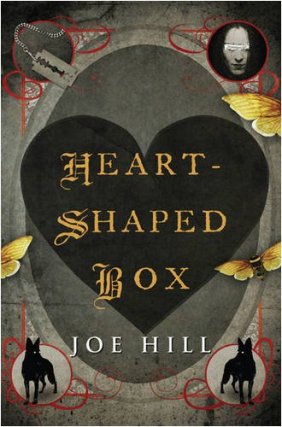 “Aging, self-absorbed rock star Judas Coyne has a thing for the macabre — his collection includes sketches from infamous serial killer John Wayne Gacy, a trepanned skull from the 16th century, a used hangman’s noose, Aleister Crowley’s childhood chessboard, etc. — so when his assistant tells him about a ghost for sale on an online auction site, he immediately puts in a bid and purchases it.

The black, heart-shaped box that Coyne receives in the mail not only contains the suit of a dead man but also his vengeance-obsessed spirit. The ghost, it turns out, is the stepfather of a young groupie who committed suicide after the 54-year-old Coyne callously used her up and threw her away. Now, determined to kill Coyne and anyone who aids him, the merciless ghost of Craddock McDermott begins his assault on the rocker’s sanity.”

This is probably the most action packed horror novel that I have ever read. I wasn’t expecting that from a book about someone buying a ghost on eBay. Even with its strange premise this book certainly delivers. If you are a fan of adult thrillers this is probably the horror novel for you. It is dark, fast paced and there is never a dull moment.

I gave this book a 4 out of 5 on the scare rating because it is very much an adult horror novel. The ghost element itself isn’t terrifying but it does contain strong language and sexual scenes, as well as gore and abuse.

The Shining by Stephen King

“Jack Torrance’s new job at the Overlook Hotel is the perfect chance for a fresh start. As the off-season caretaker at the atmospheric old hotel, he’ll have plenty of time to spend reconnecting with his family and working on his writing. But as the harsh winter weather sets in, the idyllic location feels ever more remote…and more sinister. And the only one to notice the strange and terrible forces gathering around the Overlook is Danny Torrance, a uniquely gifted five-year-old.”

Probably my second favourite Stephen King book, The Shining is a must read if you are on the hunt for a classic ghost novel.

I think my favourite thing about this book was actually the psychological side to the story, not the ghosts. I loved the chapters that were written from Jack’s point of view. I will admit to making fun of this book a lot when I read it, but it is still a great book that everyone on a spooky book hunt has to pick up. 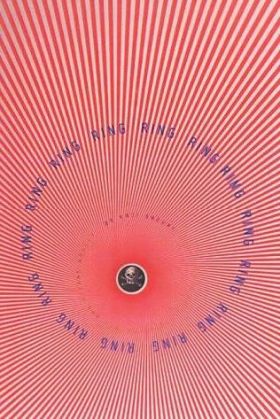 “A mysterious videotape warns that the viewer will die in one week unless a certain, unspecified act is performed. Exactly one week after watching the tape, four teenagers die one after another of heart failure.

Asakawa, a hardworking journalist, is intrigued by his niece’s inexplicable death. His investigation leads him from a metropolitan tokyo teeming with modern society’s fears to a rural Japan–a mountain resort, a volcanic island, and a countryside clinic–haunted by the past. His attempt to solve the tape’s mystery before it’s too late–for everyone–assumes an increasingly deadly urgency. Ring is a chillingly told horror story, a masterfully suspenseful mystery, and post-modern trip.”

Everyone probably knows this book from the movie, but if anything that sounds like a perfect excuse to read this book.

I think the premise of this book can be a little dated because no one uses video tapes any more but it is still a fun read. Also if you have seen the film I can tell you the book is very different. They don’t have a lot in common other than the ghost and the whole video tape thing, so the film will not contain spoilers for you plot wise.

This is a great one to read if you want a spooky book and want to try something a little different from Western fiction.

“Something strange is happening at the Orsk furniture superstore in Cleveland, Ohio. Every morning, employees arrive to find broken Kjerring bookshelves, shattered Glans water goblets, and smashed Liripip wardrobes. Sales are down, security cameras reveal nothing, and store managers are panicking.

To unravel the mystery, three employees volunteer to work a nine-hour dusk-till-dawn shift. In the dead of the night, they’ll patrol the empty showroom floor, investigate strange sights and sounds, and encounter horrors that defy the imagination.

A traditional haunted house story in a thoroughly contemporary setting, Horrorstör comes packaged in the form of a glossy mail order catalog, complete with product illustrations, a home delivery order form, and a map of Orsk’s labyrinthine showroom.”

I still cant be sure if this book is a parody or not. All of Grady Hendrix’s works read like a parodies of horror films.

When I first read this book I wasn’t taking it entirely seriously. It is a book about a haunted Ikea, but instead of an obvious parody I got a pretty decent spooky book. It was very tongue in cheek but it also delivered on its creepy moments, the characters were good and clearly a lot of thought and passion went into a book that could have just been a daft comedy.

If you are new to horror or used to things at a more YA level this would be a great place to start. Spooky with lots of ghosty moments, but also with fun characters and less grim than most horror novels.