For me 2018 was a slow reading year. I was too busy to meet my GoodReads reading goal for the year and I spent most of my time struggling to find something that really caught my interest. That didnt stop me finding a few gems, so here are the top five books that I read this year.

I have included links to the Goodreads pages for each book in the cover images.

City of Ghosts by Victoria Schwab

“Cassidy Blake’s parents are The Inspectres, a (somewhat inept) ghost-hunting team. But Cass herself can REALLY see ghosts. In fact, her best friend, Jacob, just happens to be one.

When The Inspectres head to ultra-haunted Edinburgh, Scotland, for their new TV show, Cass—and Jacob—come along. In Scotland, Cass is surrounded by ghosts, not all of them friendly. Then she meets Lara, a girl who can also see the dead. But Lara tells Cassidy that as an In-betweener, their job is to send ghosts permanently beyond the Veil. Cass isn’t sure about her new mission, but she does know the sinister Red Raven haunting the city doesn’t belong in her world. Cassidy’s powers will draw her into an epic fight that stretches through the worlds of the living and the dead, in order to save herself.”

City of Ghosts is a lot of fun to read. It is witty, fast paced and contains everything you want in a V.E Schwab book: colourful characters, brilliant humour and clever ideas.

I don’t know when the next book in the series will be out but I will be snatching it up once it is released.

If you are a fan of V.E Schwab, or want to start reading her work, this is a book for you.

“Shortly after Shuichi Saito’s father becomes obsessed with spirals — snail shells, whirlpools, and man-made patterns — he dies mysteriously, his body positioned in the shape of a twisted coil. Soon, the entire town is afflicted with a snail-like disease.”

So you want something weird to read? Well this will definitely do the trick.

Uzumaki is probably the strangest book/series I have read this year, which is saying something since I also read a manga series about walking fish. I would like to thank Junji Ito for giving me a lot of weird nightmare fuel this year.

This manga series is considered a cult classic for a reason. It definitely sticks with you and I can now see why so many people asked me to read it.

If you want to read something that is so out there that it will stick with you forever you need to give this a try.

“Sometimes dead is better….When the Creeds move into a beautiful old house in rural Maine, it all seems too good to be true: physician father, beautiful wife, charming little daughter, adorable infant son — and now an idyllic home. As a family, they’ve got it all…right down to the friendly cat. But the nearby woods hide a blood-chilling truth — more terrifying than death itself…and hideously more powerful.”

I reread this book this year but it still counts toward my favourite books of 2018.

Pet Sematary is by far one of my all time favourite Stephen King novels. Zombie cats, creepy children and an spooky moral to the story, wasnt isn’t there to like?

The remake of the film is coming out later this year so now would be the perfect time to give this novel a read.

Scary Stories to Tell in the Dark by Alvin Schwartz

“There is a story here for everyone—skeletons with torn and tangled flesh who roam the earth; a ghost who takes revenge on her murderer; and a haunted house where every night a bloody head falls down the chimney.

Why hadnt I read this series before now?!

Scary Stories to Tell in the Dark is now probably my favourite horror short story series. It ticks every box you could possibly have for a creepy story collection.

I binge read this series during the Halloween season and it just brightened up my day every time I picked it up. 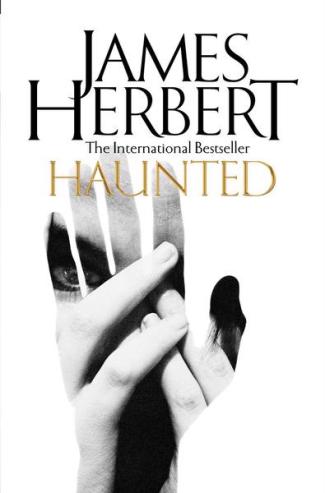 It has been a long time since a haunted house story made such a lasting impression on me. They are usually predictable and follow a very similar formula. I expected that going into this book and it seemed to be going that way until I got to the amazing ending.

I won’t give any spoilers for this novel, but I will say, just read it. It isn’t scary at all, a lot of fun, and a good starting book if you are new to horror.