And, true to form, I have lined up plenty of Halloween themed posts for you. This time we are starting off with some “true horror” in the form of ghost stories and local legends.

** Please Note: This is just for fun. If you don’t believe in ghosts etc, just enjoy yourself. They still make for good stories. ** 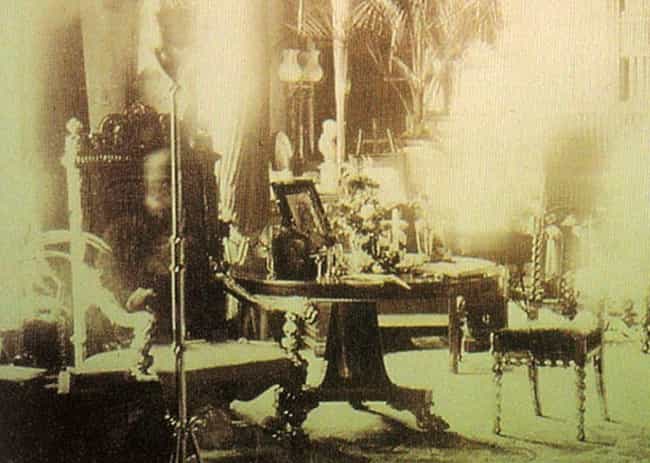 Lord Combermere died in 1891 in Combermere Abbey, England. While his funeral was taking place on the 5th of December, a woman staying at the abbey, Lady Sutton, decided to take a photo of the library in the house. The photo took an hour to take (good old Victorian technology) and when it was developed Lady Sutton was surprised by what she saw in her photograph – a man sitting in one of the chairs in the library.

When she showed the image to the Combermere family they noted the man’s resemblance to the late Lord Combermere and how he was sitting in his favourite chair.

There have been plenty of theories on the cause of this image, but real or not, it is still a fun ghost story. 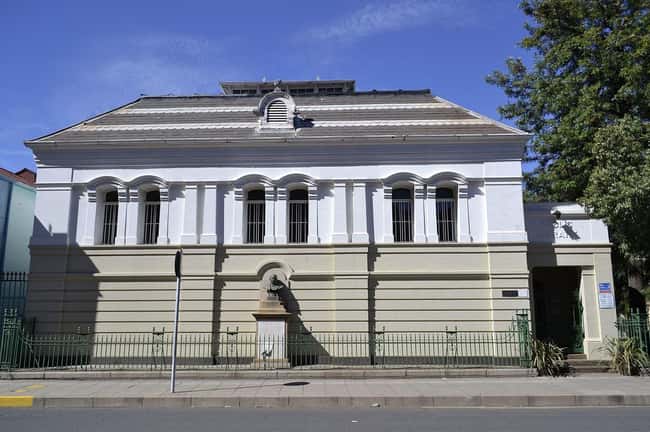 The Kimberley Public Library is home to a helpful ghost librarian.

The library’s first librarian, Bertand Dyer, decided to make some money while employed at the library. He would order books for the library, inflate the prices when he billed the city for them and pocket the profit. His scam was eventually uncovered and he was so ashamed that he committed suicide by drinking poison. The poison didn’t work right away so Bertand died slowly and painfully over three days.

Since his death visitors to the library have reported seeing Bertand around the building, floating around the halls in his Edwardian clothing. His ghost has been seen rearranging books to keep the library tidy. Some library patrons have had his help finding books. If you ever have trouble finding a title simply say it out loud and there is a chance Bertand will knock it off a shelf for you. 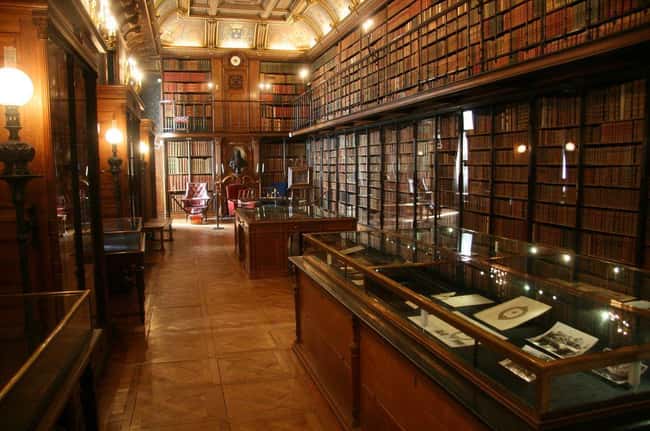 The Old Bernardsville Library is no longer the town library. Its contents were moved to a new building in the 1990s, but the historic building still stands. The library was originally the Vealtown Tavern that was built in the 1700s. During the Revolutionary War it was owned by Capt. John Parker and regularly hosted soldiers in the Continental Army.

According to legend a patron, Dr Byram, fell in love with Phyllis Parker, the tavern owner’s daughter. The pair were engaged but Dr Byram was discovered to be a spy and was hanged for treason. His body was placed in a coffin and stored in the tavern until his burial. Capt. Parker tried to break the news gently to his daughter but Phyllis discovered the coffin before he had the chance to tell her. She had a breakdown and never recovered. She became a recluse and eventually died in the tavern. According to locals her ghost has been haunting the building ever since, her ghostly crying echoing throughout the corridors of the building.

Her haunting is so active, that when the library was in use, the staff issued her her own library card. 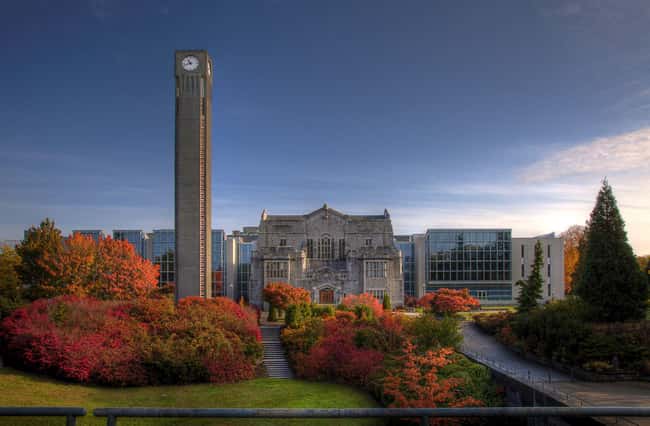 The UBC Library in Vancouver does not have a ghost in the building but one that is trying to get to it.

According to local legend, a couple in the 1960s got into an argument while driving to the UBC library. It was a rainy evening and as the argument got worse the girl got out of the car. She started to walk to the library in the rain but never made it, she was hit by a car and died instantly.

To this day there have been numerous people who have seen her walking toward the library. She will often hail down the cars of male students and hand them a piece of paper with the library’s address on it. She will get in the car but will disappear at some point during the drive.

The Grey Lady of Willard Library Assumed to be the ghost of the library founder’s daughter, the Grey Lady has been sighted dozens of times over the years. With sightings dating as far back as 1930 to more recent sightings in 2010.

Besides her regular appearances around the library the building is also plagued with strange occurrences. Water taps turn on and off on their own, books fly from shelves, furniture and other objects seem to disappear or appear by themselves, strange noises can be heard around the library along with footsteps, the scent of perfume wafts by without a clear source and visitors and staff have reported feeling someone touch their hair and jewellery when they are alone in the library. The ghost has even been sighted outside of the library and has followed librarians home. Due to all of these strange occurrences the library has set up a 24-hour ghost camera to try and catch glimpses of their ghost.

When a security alarm was set off in the library a squad of police officers responded to it. While the other officers went inside to investigate the source of the alarm a trainee officer remained outside with the squad cars. As he waited he looked up to see a woman in a grey dress staring at him through the second floor window with a man in a suit standing next to her. When his fellow police officers returned to the cars he asked if they had caught the people inside and was told that the building was empty.